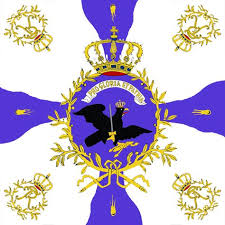 We all trapesed out to the Dacha of Comrade Gilchristi for a rip roaring game of Seven Years War involving a skirmish between Prussian and British forces and the French usurpers backed up by some Irish hangers on.The game was preceded by an excellent lunch at the local carvery and it was great just to be gaming on one of Bill’s great set ups.I am not usually a lover of these big battle games but once in a while it goes down a treat.

As I mentioned it was a set too between the Allied forces of Prussians and British and the bad guys of the French alliance. I was subordinate to El Presidente who as well as being overall commander took the British force under his wing whilst I in my usual Teutonic guise guided the Prussians to their usual storming success.Trouble is El Presidente didn’t follow in my footsteps.Mr Ray took charge of the French opposite me leaving Dave O’Brien in charge of the remainder including Irish mercenaries.The objectives were possession of both a river bridge over the Lippe and the nearby road junction.Comrade Bill was adjudicator and doyenne of the rules and we were reminded of this every time we got the rules wrong(which I did quite a lot).

The game commenced and the usual gameplay commenced and with my usual aplomb I decided to move my dragoons as far as I could towards Mr Ray’s Hussars hoping to clear them from the field but my dice rolling at its best had me straight into an engagement.Ah what the heck it was better than the last time I played Black Powder and ended up charging into an empty field.This confrontation went very well with Mr Ray’s Hussars heading for an early bath with the first dice rolls. One unit down a s******d to go.


My infantry meanwhile were enjoying a late breakfast as they couldn’t be bothered moving.I couldn’t repeat my earlier low dice rolls and for a couple of turns they proved rather stubborn and refused to budge which  was great considering my dragoon’s had charged halfway up the battlefield without any support.    Meanwhile on the other side of the field El Preidente’s forces were having the same type of breakfast as mine as they seem to have two speeds -slow and full stop.This led straight into the hands of Mr O’Brien as he didn’t hang about in getting to grips with Colin’s slow moving army.


I finally got the remainder of my wing moving with the Prussian grenadiers given the chance to redeem themselves by clearing out the village and my Cuirassiers given the objective of clearing away the French infantry and carrying the day to an early finish.Well that wasn’t going to happen for as soon as the cuirassiers came in to contact with the infantry they exchanged handbags and decided to retire.The norm for the day.My infantry were slowly making their way forward towards  their objective but as soon as they reached the outskirts of the village they were repulsed on the first attack sending the front unit into a slight retiral.

Meanwhile my previous victorious cavalry were regrouping ready for the onslaught from Mr Ray’s own cuirassiers.My plan was to use my hussars as sacrificial lambs in order to protect my central attack.This they did keeping the bad guys at bay until my better cavalry could win against the French infantry and concentrate on the marauding enemy cavalry.This was proving a bit of a sticking point as Mr Ray had finally deployed some artillery and this was proving to be a thorn in my cavalry’s side.Time to see if my jaegers could prove their worth.

The battle on the other side of the table was not going well for El Presidente as his garishly coloured Hussars had came of second best in a duel with Dave’s cuirassiers leaving his very slow moving infantry at the mercy of Dave’s said cavalry.This was to prove pivotal in the battle as Colin’s infantry and artillery seem to be disappearing with ease meaning this battle was going to be heading for a victory for the French and their allies as I couldn’t make any real head against the entrenched infantry as Mr Ray kept on rolling good dice rolls.He must have had Angus’s dodgy dice.My Hussars had eventually headed for the hills and before my better cavalry could wheel to deal with Mr Ray’s interlopers and my jägers had  dealt with the artillery the full time whistle had blown as the game was set to bog down and also some of us had early work starts the following day.

It was a great day out and a great game played in the usual bitchy way but like any good rugby game everyone was all pals at the Palais at the end. I loved playing with all these very colourful units and I’m glad I didn’t have to paint them all.

My thanks to Bill for putting on a excellent game and providing all the units although I don’t think he painted any of them.I am led to believe this weeks game will see me defending the honour of Sicily against the invading imperialistic American hordes.

See You All When I See You!

This has been a Garvald Outside Broadcast Film Presentation.